Globally the public has always been a great source of information. Scientists established early that seafarers, Fishermen and fishing records were invaluable to helping scientific institutions worldwide in their research, finding new species, suppling specimens and reporting observations.

The members of the trust feel including the public in marine research projects collating and sharing academic and citizen science findings while promoting sustainable initiatives will benefit all of New Zealand’s inhabitants. This site hopes to help bridge that gap.

Interest in the health of our fishery has increased in recent years. Tindale Marine Research Charitable Trust members have realised that there is still a lot of gaps in the science out there; & that there is a need for a well-managed cooperative tagging program to collect much needed data. This idea has been reinforced by the large number of people that have contacted the trust about the tagging program.

Tindale Marine Research Charitable Trust has initiated a New Zealand wide inshore tagging program that is citizen science based along with the support of the scientific fraternity, the program is to benefit, to include & encourage all New Zealanders to become involved in fisheries citizen science.

The members of the Tindale Marine Research Charitable Trust have been carrying out field research for over 20 years now & during that time have tagged thousands of fish. They have the experience; know how, equipment & knowledge to manage this project. The Trust has already been approached by a large amount of scientists, research institutions & post graduate students to tag fish for their individual studies.

Who's involved with the Tindale Marine Research Charitable Trust 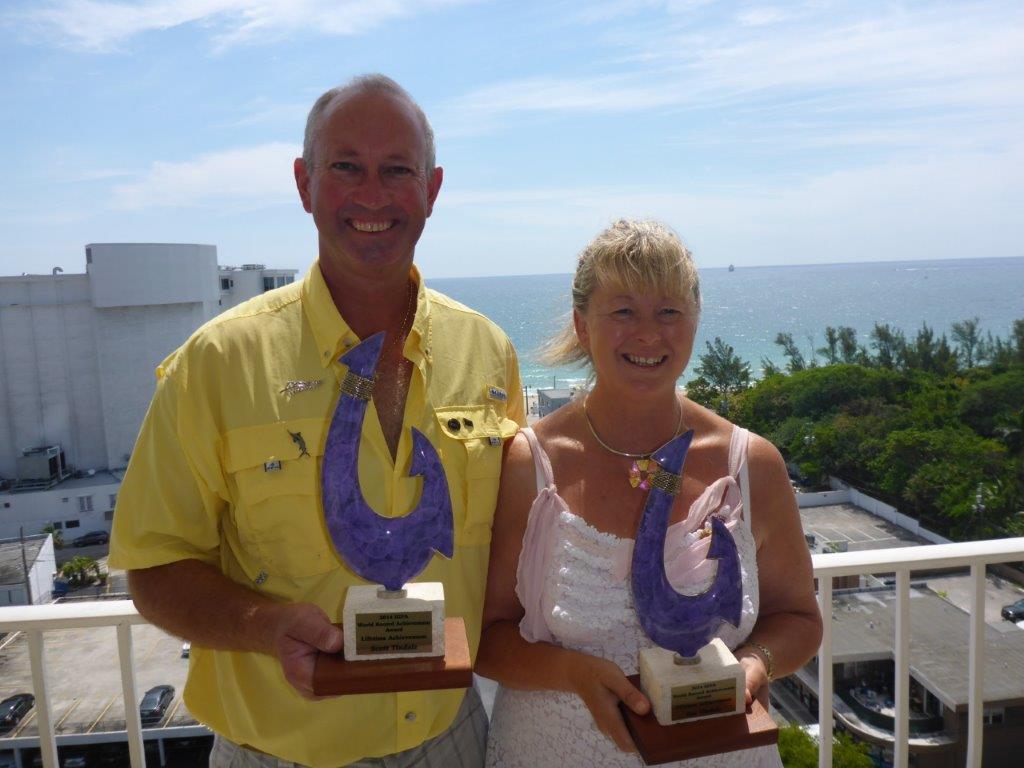 Both Scott & Sue have been managing directors of multiple companies & organisations for over 30 years. Scott has a background in estimating/ costing, contracts, sales, designing, building, manufacturing & stock control. Sue has a background in contract law, accounts, sales, stock control, manufacturing & exports. Most of their spare time has been dedicated to the great outdoors.

Scott stems from several generations of seafarers with his grandparents avid big game fishers in the early 1940’s.

After spending a lifetime growing up around the sea, both above & below the water, developing their angling skills & learning firsthand about the marine environment it became easier to contribute valuable data & knowledge to scientists, fellow anglers & fisheries managers on marine issues.

Scott & Sue, internationally renowned anglers, together have ranked in the IGFA world top ten 38 times. By October 2016 they had accumulated hundreds of New Zealand sportfishing records & a total of 252 World angling records. Almost half their catches were released live & most of the balance donated to science. This has greatly influenced anglers worldwide in sustainable sportfishing practices. In June 2012 Scott, already a life member, was appointed as a member of the International Committee of representatives for the INTERNATIONAL GAME FISH ASSOCIATION (IGFA) promoting ethical angling through science & education worldwide.

Scott is a master scuba diver & has achieved many diving qualifications over the last 40 years. Sue earned her qualification in 1987. Logging up thousands of dives both here in New Zealand & overseas. This has given them a thorough insight into the underwater marine ecosystem. Much of their photos & video footage is breathtaking & rare.

Scott & Sue have been involved in charity work since 1990 & are currently volunteers cataloguing marine collections at the Auckland Museum fish lab.

The Tindale Marine Research Charitable Trust was formed to share some of the insights & behind the scenes science on our marine species, ecosystems & marine environment that we have been involved in. 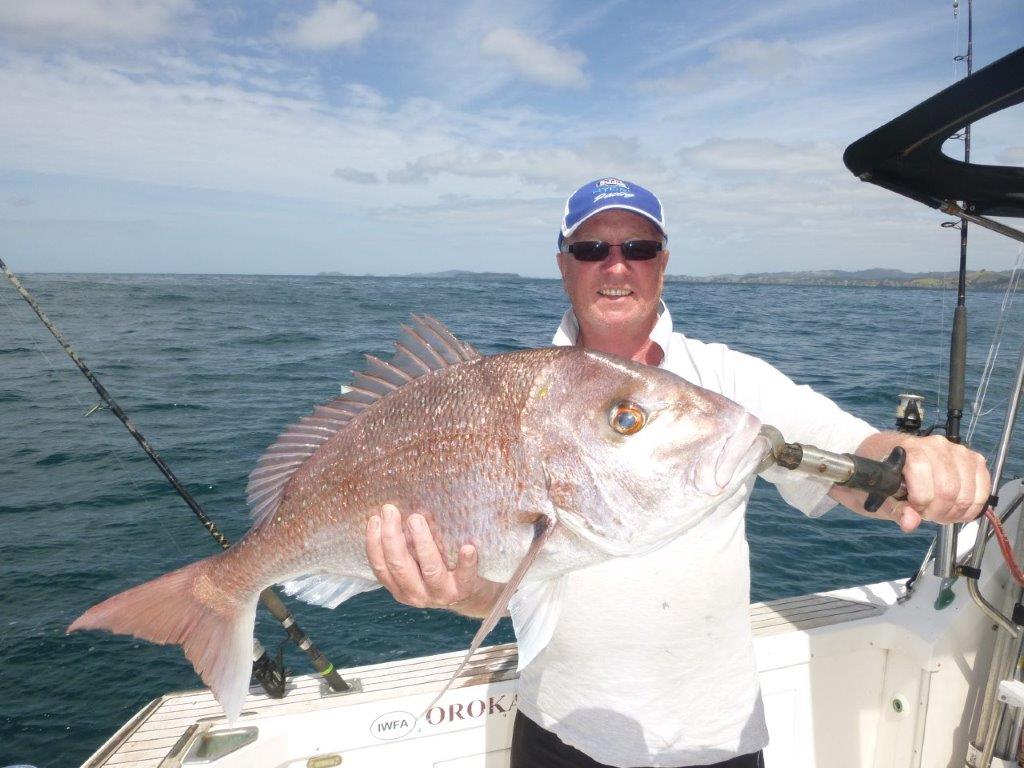 From a background in construction, contract & project management. For over 15 years is a well respected New Zealand coast guard volunteer and SRL skipper, a regional instructor with a national certificate in adult education & Training.

An experienced big game fisherman and recreational angler with thousands of hours on the sea recording catches and observations off our coastal waters. A current IGFA World record holder, has been involved in Tag & Release fishing since the mid 90’s. Now residing in the bay of plenty he is never far from the action. 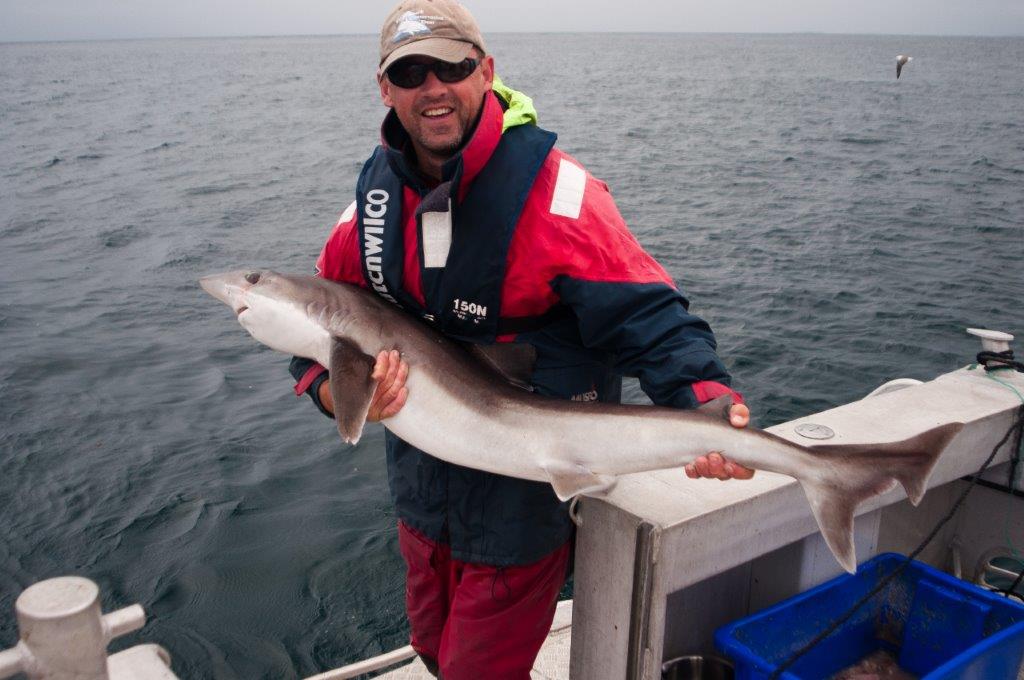 Clinton has an MSc in Zoology and has worked as a technical advisor, marine scientist and marine and freshwater technical support officer for the Department of Conservation (DOC) since 1989.  At present he works as Technical Advisor in the Marine Ecosystems Team, DOC, based in Auckland. He is a Marine Associate of Auckland War Memorial Museum and part-time PhD student at the University of Auckland. He has a broad knowledge of New Zealand’s marine flora and fauna and can identify most commonly encountered coastal species. His areas of expertise include the classification and biology of chondrichthyan fishes (sharks, rays and chimaeras), marine ecology and marine protected areas.  He has authored more than 80 scientific publications and reports, including several chapters in The Fishes of New Zealand (Te Papa Press), and is a member of the IUCN Shark Specialist Group (Australia and Oceania). His PhD research concerns the regional population connectivity and population monitoring of great white sharks (Carcharodon carcharias). He also works on the taxonomy of New Zealand spiny dogfishes (Squalus spp.) and smoothhounds/rig (Mustelus spp.), the biology of manta and devil rays in New Zealand waters, and the shark and ray fauna of Norfolk Island as time allows. He has participated in four research expeditions to the Kermadec Islands, two expeditions to Tuvalu and the Noumea-Suva leg of Auckland Museum’s 2017 SW Pacific Expedition. He qualified as a CMAS Basic Diver with the Wairarapa Underwater Club in 1979, and is a past member of the Hawke’s Bay and Waikato Sport Fishing Clubs.

Join the cause and Donate today

As we are a Charitable Trust, your donations are 100% tax deductable.
A donation receipt will be provided for tax purposes